Since I’ve been working on this story more steadily than on anything else for an incredibly long time, I feel that I can treat myself to a little post about my characters, now that I’m pretty convinced that I won’t abandon this story at the altar.

Novels operate, more or less, on four axes: character, plot, world building and quality of language. I’m usually character and language driven (although to my great pleasure, I’ve been getting better at plotting), but in the case of Dreamless the world is doing the heavy lifting, it’s almost a character in its 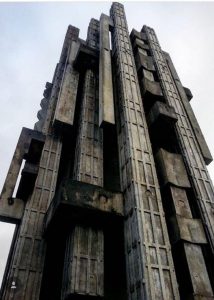 If I needed to describe the world of Dreamless, I’d say: late Victorian era meets 1984 and brutalist architecture. I sometimes say it’s steampunk, but it isn’t really. Steampunk has beauty and elegance, London of Dreamless has neither. Imagination and dreams are repressed, there is no literature, art or music, nothing whose sole purpose is beauty. Our dear Oscar Wilde is a greengrocer in this story, who can only channel his artistic inspiration by organising his wares in intricate shapes.

Most things are utilitarian, oppressive and ugly. The visual and auditory landscape is so drab, I figured that the senses that are most entertained 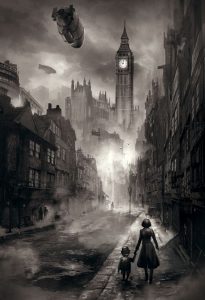 are smell and taste and tried to use them as main focus of descriptions. Most of the characters and places have a signature smell combination a bit like scented candles. 🙂

One of the rare English language novels where I didn’t write a role for David Tennant 😀 Although a friend said she read Dreamless with his voice, so he can be the narrator, great idea!

The original came to me during Erasmus in 2013 when we were discussing something about dreams with my then-boyfriend-now-husband, after years of fermentation that’s what became of it.

It’s my first story, where I had the world first and not the characters. Also, it’s also the first one where the “crush” that became the engine of the writing process wasn’t a celebrity (surprisingly, either David Tennant or Tom Hiddleston), but a work of literature, Neil Gaiman’s Sandman-series. 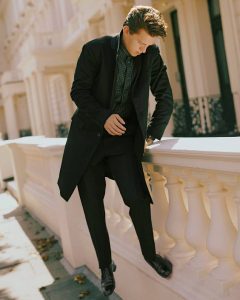 Song: COIN – Talk too much

Favourite food: bell papers, but he eats anything you’re careless enough to leave in his reach.

Originally he was called Cassander, but back then I didn’t know he was Scottish.

I also had a very hard time visualising who could play him in my mind’s cinema. I had some false attempts, for example, with Daniel Sherman, but then Tom Holland arrived and made my life so much easier.

I wanted to write about a protagonist duo where the male and female leads are friends and not lovers (actually I think the only kind of romance Alistair is interested in is the platonic, courtly-love kind of deal) and I wanted the female lead to be the more experienced, active one.

I named her after myself, Frances being a longer version of Fanni and Langebour is like an anagram of “Boulanger” which would be the rough French translation of my family name. Don’t ask me why, the Nanowrimo haze does strange things to your mind. 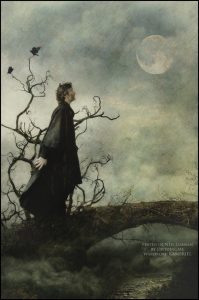 Age: Between 40-50. He is not the kind of guy who gives you his personal details

Occupation: Dream dealer, (aka Sandman) he also has a completely legal trading business

Song: Twenty One Pilots Heathens or Metallica: Enter the Sandman

Y’all know who my inspiration for Nail is, I’m not being very subtle, am I.

I named him Reeve because it’s like “reve” French for dream.

He also features in a novella I’m working on entitled “The flight of mechanical swallows” which is a Thumbellina-Frankenstein mash-up, also set in the world of Dreamless few years before the main events of the novel. You can read more about Nail and the project here. 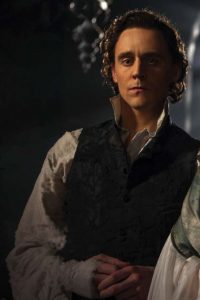 Fun facts: Did I just write him in the story to be able to cast Tom Hiddleston for this role? Maaaybe.

However, the real Ármin Vámbéry, was also an interesting figure. A Hungarian Orientologist and traveller, Vambery travelled Turkey dressed as a dervish. He also knew Bram Stoker who quoted him as an inspiration for his most famous story, Dracula. He is super cool, look him up!

When I’m a good little writer girl, I sometimes treat myself to commissions by artists whose work I admire. (You know, biding my time until all the fan art starts pouring in…yeah, sweet dreams.) There is a commission of my sweet little pumpkin, Alistair coming up and I can’t wait :3