On clubs, boys and beauty

Yesterday I went to party. Today I went running. And all of a sudden my mouth is full of words.

Most of these thoughts have been brewing in my little head for a few days but now is the time they became ripe enough to harvest. The first moment, I think, was when we were looking at some of my childhood photos with my boyfriend.

You have to know one thing: I have always thought of myself as fat. Maybe fat is a strong word, it was more like plump, chubby, slightly overweight. As far as I can think back, even in primary school this was my image of myself. Never for one minute have I been content. It was always: I would be sort of okay if I was like three kilos thinner, then it was five kilos, then ten, now I think it’s fifteen. The only time I didn’t have any problems was when my undiagnosed diabetes was chewing on my fat and I was rapidly losing weight going from the slightly chubby 56 kgs ( I was 12) to 45kgs ( oh, joy!) to 38 kgs where even the XS jeans were too big and they almost fell off me. I was a living skeleton. I nearly died.

Then I was saved. We bought a small scale and we portioned my meals. I was very thorough, I followed instructions. I stuck to my diet. I slowly started to put on some weight. My blood sugar results weren’t too good, however much I tried. My treating doctor smiled sarcastically and hinted at certain girls who “float into his office, rounder and rounder every time.” He also accused me of snacking in secret. Which at that time I didn’t do.

So I was there, looking at my pictures and I realised I wasn’t fat at all. Looking back now, I seemed ridiculously thin. If I looked back at my high school pictures now, I would probably think I had the perfect weight and a very good figure and I would bang my head in the wall wondering why I wasn’t happy. 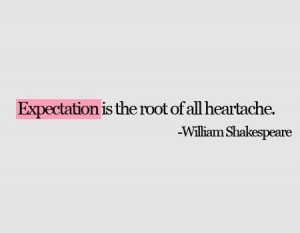 I was 14 and I got my first boyfriend. He was very intelligent, sweet and handsome and HE wanted to date ME first, not the other way round I didn’t understand how it could have happened. I was in the clouds. For a week. Then he broke up with me. On MSN. Without an explanation.

This killed my self-confidence for most of my high school years and for university as well. I sort of thought I wasn’t that ugly and my best friends said I was pretty but they must have been biased. In all earnestness, I never really believed anyone would want to go out with me.

When I was between 18 and 20 I used to go out a lot, to concerts, to events, sometimes even to parties. I was always so full of hope. I dolled up. I wore low-cut tops. Nobody gave a shit. There were girls who I thought were not more beautiful than me and they still found themselves a dancing or kissing partner. Did I really really want to find someone though? I don’t know. I probably didn’t. Or else I would have.

I remember we went to Zakopane to watch the summer ski jumping competition. Then we found out where the handsome ski jumpers went to party and as good “groupies” we followed. We wore pretty clothes and we were desperate for their attentions but they didn’t really care. I even went up to one to chat him up but he was completely immune to my charms. Did I really want to be the one-night stand of a random Norwegian guy? I don’t know. I probably didn’t. Or else I would have.

In the past six years I haven’t been single. It should, with good logic, mean that I am not a mountain troll. Or that the two boys I fell in love with happened to fancy mountain trolls. So all is well in the world. Is it though?

I guess some people might be surprised now because I generally have the vibe of a content, harmonic girl. Generally, I am. But I have issues, I do. And you know what? All of us do. I can’t think of anybody I know who doesn’t have some kind of issue: an illness, a phobia or something deep and hurtful that happened in their childhood which cannot be unremembered whatever they do. We can’t help it, that’s what life does to us. But it’s okay.

Of course, it’s not okay. We all want to be happy and devoid of problems, a spotless Mary Sue whose biggest problem is which of the two perfect boys to chose. We don’t have to accept it as okay, we just shouldn’t be ashamed of what we are. This is, of course easier said than done. I never really took this advice when someone else gave it to me. But this afternoon when I came home and I was tired, jaded and sticky from two days of constant buzzing and my thoughts were too loud in my head for me to bear. I decided I would go running. I’m diabetic, my heart is not the strongest and I’m not in the best shape. I can run for a few minutes then my heart and my lung start to ache and I have to slow down to a quick march. I felt weak and ashamed of my red, sweaty face even when I was running completely alone on the treadmill in an attic. I felt even more self-conscious when I was running on the street under scrutinizing eyes. I tried to avoid meeting people because I was afraid they would judge me, they would think I’m weak and a loser who can’t even run for ten minutes without stopping.

Today as I was doing my second lap, I passed a few people unloading their cars. For a second I was self-conscious. Then I didn’t care. If they want to judge me, let them do it. They surely wouldn’t live my life better than I do. Most probably, I wouldn’t live their lives better than they do. I wept a bit as I was running on because it was such a simple and liberating thought. It was strange that for 26 years I haven’t found it. Also, I realised that the fault was not in my stars and not in the others around me. I just never dared to be okay with myself. It was always that damned: “I will be okay, if…” that “if” which, of course, never came to fulfilment. I also understood why.

I never arrived to the point where I would have been happy with myself because I was afraid. I was afraid that if I was okay, things would happen. Maybe my crush from the parallel class would return my feelings and then what would happen? Maybe I went to a party and  for a change somebody came and wanted to dance with me? What would I do then? But also maybe strange men would ogle me and say nasty things to me and also maybe I would be raped?

Just a few months ago I was going home from French class. It was a mild evening, I was in a good mood and I wore a dress which reached just above my knee. I looked at the reflection of my legs and my calves in the metro door and I thought, what the hell, my legs are not as fat as I’d thought. (Fat legs is my constant issue) They are of course not supermodel thin and there is no gap between my thighs sadly but they are not as horrible as I imagined them in my head. This made me happy. I got off at Nation and was walking towards the RER when an older guy came up to me and said bonsoir. I’m a polite person and if somebody says hello to me, I respond automatically. But he kept on pestering me with questions like do I have a husband and then if I want to have sex with him and when I refused, he tried to persuade me to give him “just” a blowjob maybe. My heart was beating in my throat, we were alone and I couldn’t move or breakaway I was stuck by his side like a rabbit in a headlight. Then thanks god, he let me go grudgingly (he didn’t try to touch me or anything, but if he did, I think even in my terrified state I would have attacked back till my last strength.) I called my boyfriend trembling from the train, asking him to come to pick me up from the station and walk me home because I wouldn’t have dared to go home alone. He came, he carried my bag instead of me and he even invited me to our cheap Chinese restaurant. I asked him if my dress was too short. I felt dirty and violated. I almost felt pretty for five minutes and that’s what I got.

Yesterday was the hen party of a dear dear friend. It was a nice, chill feast, no stupid tasks and embarrassing penis shaped paraphernalia. I had a good time, I drank a Moulin Rouge cocktail which was good and a Margherita which was horrible. The problem started when my memories from my unsuccessful younger years crept back. When we used to come to this very club full of hopes that maybe this time someone would look at us but they didn’t. Well, they noticed my friends, never me. I was always the “ugly girl,” wanted by nobody. When the bride-to-be and another girl were taken to dance, I sat waiting with the bags. The memories came pouring back. It was shocking to be in the same position as so many years before. I was also incredibly grateful that I had my boyfriend and I didn’t have to parade around in a revealing dress to attract the attention of potential partners. But the unease remained.

There was this guy, he was young had a long grey jumper and was so obviously ill at ease that I could cry when I looked at him. He looked so very lost. He wandered around, trying to dance his way to some girl or another but it didn’t work out. Then I realised I used to be like this guy. Out of place. Watching him made me very sad.

The thing I’ve realised with self-confidence issues is that you are the only person who can solve it. Having a boyfriend (girlfriend, husband, wife) won’t solve it for you. It can mitigate your problem, it can bury your problem, it can make you forget your problem. But it won’t solve it for you. It’s true that since I have my boyfriend I haven’t been tormenting myself. I don’t really get upset when I look into the mirror. I know he loves me as I am and that’s very liberating. I don’t really care for much else. I know he thinks I am okay.

Yet, it seems when he is not with me and I’m thrown back into my old life and my old doubts came pouring. I felt pretty dismal in the club and my old demons followed me all the way home. I was upset. I couldn’t hide but I could run. I went jogging and figured out the big secrets of life. It was not the people, not the world, it was me all along. Do I feel cleverer now? Not really. Is there a moral in this story? I’m not sure, you tell me. Do I feel self-confident? Far from it.

But at least I know one thing: I am okay.