With the arrival of March, I’m welcoming a new writer to my monthly interview series. Please everybody give a round of applause to Melion Traverse.

Bio: Melion Traverse writes things. When not writing things, Melion still lives with one spouse, two dogs and an acceptable amount of chaos. She is occasionally found playing with swords, studying martial arts, and lifting weights. Other times, she hides with a book and an energy drink as she avoids the tumbleweeds of dog hair overwhelming her house. Melion’s short stories have appeared in, or are forthcoming in, Deep Magic, Fantasy Scroll Magazine, Cosmic Roots and Eldritch Shores, Cast of Wonders, Scarlet Leaf Review, Havok, and T. Gene Davis’s Speculative Blog. Check out her haphazard blog: https://delusionsofsanityblog.wordpress.com

So let’s start with an easy question: When you develop characters do you already know who they are before you begin writing or do you let them develop as you go?

My main characters and my secondary characters are largely fleshed out before I begin writing. Small aspects of them may change, or they may develop in ways I hadn’t initially anticipated, but I have them mostly constructed by the time I start writing.

Fair enough. I usually make up my moves as I go, but I can see the joy of knowing your characters before you embark on a long journey with them. Okay, now for stranger things: What’s the weirdest thing you’ve ever researched? 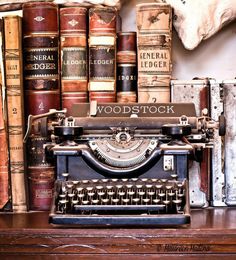 A lot of writers make quips about how their Google searches probably put them on a no-fly list somewhere, but I don’t think I’ve researched anything eyebrow-raising. I’ve researched the stages of decomposition, but I think that’s pretty standard for writers. Right? Please tell me that’s standard, because I didn’t perform that search in an incognito window.

Yes, yes, it must be a standard question, don’t worry:) Maybe not the best thing question after talks of decomposition, but: If you could have dinner with three authors (living or dead), who would they be and why?

Do I get to have dinner with the three authors all together? If so, I choose G.K. Chesterton, Oscar Wilde and Edgar Allan Poe. Then I could sit quietly and observe as literary geniuses interact. I would love to see what sorts of conversations those three would have if brought together. This is, of course, assuming that conversation remains civil and nobody flips over a table.

I would enjoy this dinner to! Now for the difficulties of writing: What are two major pitfalls you’ve experienced as a writer, and how did you handle them?

The first being that I innately suck at writing. What? I’m not supposed to admit this? Well, I’m admitting it because, if I can overcome that pitfall, I can overcome anything else. I have works on floppy disks (yeah, those were once a thing) that I’ve destroyed because the writing was just wretched. The characters were bland, the narration was overwrought and heavy-handed, and, worst of all, nothing happened. Seriously, it was like visiting with a crazy cat lady.

For me, it was a matter of practice—a great deal of practice—and a willingness to listen to the advice of people who do know how to write. I’m still trying to improve and better myself, but the consistent and determined practice is slowly paying off. I’ve sold some stories to publications, and I’ve written scenes which have made readers cry.

My second pitfall is a lack of boldness. It took me years to work up the nerve to submit anything because I thought success happens to other people. I’ve since wised up and learned that success happens to people who get off their butts and try. Yes, failure happens to them, too, but so does success. So now I get up off my butt and I try. I still fail, but I do occasionally succeed, and that makes it worth the risk.

I admire your honesty and resilience and thanks for sharing, I hope a few shy writers get inspired:) Alrightie, let’s finish it off with a light-hearted question: If you could live in any fictional world, which would you choose? Why?

This depends. Am I still a common, average, nobody-knows-who-you-are little human? If so, I think I’ll stick to living here where I at least have air conditioning, antibiotics and inalienable rights (hey, despite being boring, I recognize when I have a good thing going for me). But that isn’t really an interesting answer, is it? 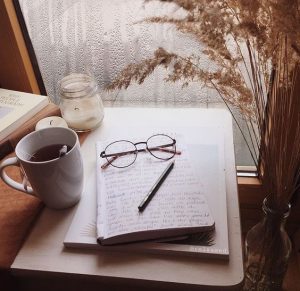 Since I’m a writer, let’s find something interesting. Uh . . . I choose the world of Redwall. But only if I can be an otter. The otters are great: they’re fun-loving, dependable, fierce. Besides, they swim about all the time and eat ungodly amounts of spicy food with no mention of horrifying aftereffects; additionally, they always seem to find the opportunity to go adventuring. Sign me up as an otter, and I’ll gladly defend Redwall Abbey.

Oh oh, Redwall is a book my boyfriend bought me years ago and I still haven’t read it… Maybe it’s a sign that I should start it right away.:) Thank you very much for your stopping by and answering my questions!

Also, here is her lovely interview with me.