Today I’ve been to a horrendous job interview. They insulted my education, my work experience and my home country in a mere fifteen minutes. Luckily after the first two minutes with the CEO I’d already decided in myself that I wouldn’t accept this job even if they offered it to me. I’ve studied too much and worked too hard to work for people who treat me as a little better than an automaton. Or a piece of crap. When he saw my education: Literature BA, Literature MA, second MA in Children’s Literature he asked me with a slightly condescending smile: And what do you want to be with this… a teacher? Well, I said, that too. But my big dream is to become a writer.

He smiled again with the honesty of Joker and adopted the forgiving and benevolent attitude people usually adapt with a child who says they want to be an astronaut. Ah a writer… And have you been published? Yes, in fact in Hungary, the US, the UK, Australia… He doesn’t even hear me. Then he invites his assistant, vice CEO or whoever, she was never introduced. He never introduced himself either. Anyway she tells me that you know here you have to WORK it’s not just literature and writing… Like I don’t know what that means. Although after calling my country a “semi-developed” country, it was nothing really. I’m too nice. I’m really too nice and one day this will be the death of me. Instead of giving her a piece of my mind I just smiled and walked out of the door. Well, they practically kicked me out.

The experience basically ruined my mood for the afternoon but now I decided that if life gave me lemons, I will make lemon custard. Alas, I will share my thoughts on writing. Maybe it encourages some fellow writers/artists/human beings to stand up for themselves or just march along their way. Maybe it will discourage some people to look down upon other people’s work.

I started writing when I started high school, so about twelve years ago. I am still at it which is a really big achievement because I usually get bored with things. Folk dancing, karate, drawing, hip hop dancing, playing the guitar all went down the drains. With writing I persisted. 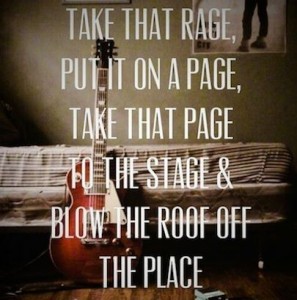 So people think writing is easy. Well, I have to break it to you. It is not. I am not saying though that it is a horrible curse from heavens and you can only bear it with opium, absinthe, cocaine and co. Nope. Writing can be healing. You can tell yourself stories. You can draw your life on paper and give yourself the happy ending you think you deserve. You can feed your bullying boss to mutant zombie piranhas. That’s the fun bit.

Then after you have been in the business for a while you think that it would actually be nice if somebody else read your writing. You can join writing sites, where you get some useful feedback and some nice praise but you also notice that there are clicks and they comment and like and recommend their buddies’s stories. You belong to nobody so nobody cares about you.

But you can find some rare gems accidentally, great friendships which accompany you along the way.

You try submitting. In the eye of most publishing houses you are a nobody. Some of them treat you as such. I once got a response from a publishing house in which they called me a “silly, conceited girl who lives in her own pink world and has no respect for authorities and her elders.” Just because I dared to ask for some clarification about an email they’d sent me previously. I was perfectly polite. They called me names and insulted my intelligence.

I once sent an email to an ex-student of one of my English profs. The ex-student worked for a children’s publishing house and told my prof that I should feel free to contact her. I wrote her a polite email, stating my business, saying that my professor suggested that I got in touch. I also attached the introduction of a children’s story I was working at, you can never know. The reply came not from the woman I wrote to but somebody else and she informed that my excerpt is very far from a story and I should basically bugger off. I should have told her not to answer to emails which weren’t addressed to her. But I didn’t.

In most cases you don’t even get an answer to your submission or you get a generic one. If you get a rejection which is tailor made for you, you cherish it with almost as big love as a positive response. I know publishing houses/magazines/journals etc. receive tons of submissions and they can’t reply personally to everyone. But they should by no means be impolite or rude to writers… because who knows maybe they would have been their golden egg laying goose? One of my mottos in life is: Be kind to strangers lest they are an angel in disguise. Strangers are full of potentials, they can bring something new, something great into your life. Maybe they will save your life one day.

Beside battling the “profession”: the journals, the publishing houses, the internet trolls ,you also have to fight for the approval of your friends and family. When I tell my dad that I want to be a writer what he most often says is “but will you make a living out of it?” The answer makes me sad although I understand that one of the functions of the parents is to anchor the child to the ground of reality. But I am not sitting at home, chewing at the end of my pen, waiting for the muse and word fame… I’ve been toiling away in full time jobs which I disliked or downright hated , trying to make a living and to steal time to write on the train, in lunch break, before going to sleep. Milton’s father offered his son five years so that he could learn and study. He didn’t have to worry about anything and he ended up writing “Paradise Lost,” didn’t he? I don’t expect anybody to keep me. But I walked far enough by my own strength and I would appreciate… if not praise but a recognition of the things I have achieved. Because I have worked hard and I have created valuable things. And I know something will come out of me.

I will tell you what I earned from writing. I once came second on a local writing competition and won 30 000 Fts which is roughly a 100 euros. This was my biggest income from writing. I sold two short stories which brought me around 40 USDs from that money I could buy myself a Dr. Who T-shirt and a discounted London Walking tour. I also once won a short story contest and won an Amazon voucher which bought me Wonderbook (with shipping!) That’s all folks. But to me these little victories mean the world.

This entry is not about me promoting myself. No. This is a plea to be nicer to our fellow human beings. Never dismiss people you don’t know. Never never belittle anybody’s achievement. Somebody might be “just a housewife” but they keep that house super clean and tidy (I can’t even manage this 18 m2) and transform the place where they live into their art. Somebody might be just a waitress or just a call center agent but you can never foresee the beauty that might lie within them. And one day gods might start to walk on earth again and by then we should bloody well learn to treat others with respect.