This is the time of reflections and looking back at the year we are going to leave behind. This is also the time when everybody melds it into a blog post, so here I am doing the very same thing. What have I done in 2017? 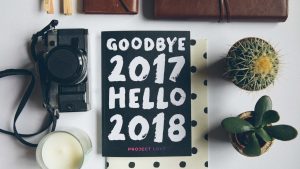 The year started with continuous torment from a naughty wisdom tooth which was eventually removed by the nicest dentist in existence. She was one of the best finds of this year and I have never thought I’d say that about a dentist. A relief and joy comparable to the much expected tooth extraction was the farewell to the job I’d grown to hate. It wasn’t the fault of the job really, I enjoy teaching no matter what, but my supervisors had been unjust and unkind and my colleagues backstabbing so: fun fun fun! Since my previous job was so generous that they didn’t pay you during the numerous school breaks I spent the summer unpaid and also September because although I was accepted by the Education Nationale it took them a bit more than a month to find me a place, so I spent most of September in agonising wait, without a salary. It was worth it though, I got a decent school, the colleagues are adorable, most of my children are cute and enthusiastic, it’s not far, I don’t work a lot of hours and I have Wednesday free. Yay! 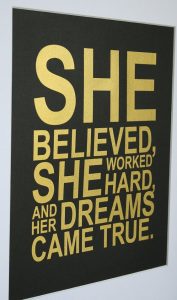 I became an auto-entrepreneur which means that translation is now an official income for me.

I also got engaged, which I didn’t post on social media, so only a select few know about it and it’s good this way. It wasn’t a surprise at all, we’d discussed our future many times  and I was actually there when the ring was chosen. / Originally he ordered one from Etsy, but it was blocked on the border and sent back…/ He proposed to me nonchalantly on the upper deck of a double decker while crossing the Thames. We met in London, so it evoked memories.

I’m also now treated for my diabetes in France, I had a one week training in a hospital where they taught and re/taught me a lot of useful stuff and I feel like my health is in good hands now.

I started /and will finish/ the year in London with dear friends who I see much less often than I’d wish to. I briefly saw them in August too.

I visited my family in Hungary 3 times: in April, in June and in August. 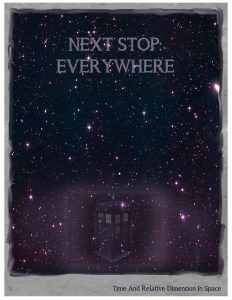 I went to see my cousin in Italy in July.

I visited my writer friend in Birmingham in February and also checked out Shakespeare’s birthplace in Stratford upon Avon.

In total I travelled out of country 7 times. Not too shabby 🙂

I’ve managed to complete my Goodreads challenge of 50 books which made me really happy. Having said that, a good part of the books were short Dr.Who audio adventures I listened to in September, my month of agony. They kept me good company while doing dishes.

Best books I read this year:

Annabel Pitcher: My sister lives on the mantelpiece

It was my first Audible purchase and beside the great story which was sweet and heart-wrenching and dealt with important topics such as loss and xenophobia, it was also read to me by David Tennant which made it a billion times better.

It always gives me an immense pleasure to read a good Hungarian book. God sees my soul, I try to read and support Hungarian writers, but most of the time I’m in for disappointment. I liked this book and read it in like two days while my mum was also visiting and Stranger Things season 2 was out, so that says a lot about my reading speed and intensity. A great weird book.

The second book from Gabi and I mention it here not because she’s my friend. I struggled a lot to read the first book of this series because it’s about domestic violence and shattered lives and it pained me to even see it on paper and I felt like a shit friend for struggling so much with Gabi’s story. The second part was also said and deeply emotional, but less horrible. Also read it in a few days while mum visiting and ST2, so it was a great weak for Hungarian books.

We all know that I’m a huge Gaiman fan and I’m looking up at him as my literary father, so it’s not a big surprise that he made it to the list. Although I have to mention the fact that I wasn’t really impressed by his first two short story collections, so I originally didn’t even want to read Trigger Warning. Then I had a bad spell in teaching and I was walking half an hour up on a foggy hillside everyday to get to work and I really needed some magic in my life so I got Norse Mythology on Audible read by Neil Gaiman himself and it was really a treat. His reading was so entertaining and soothing that I got Trigger Warning right afterwards and I didn’t regret it. I think it’s his best collection so far. There were some stories that really blew my mind.

Becky Albertalli: The upside of unrequited

A book I originally got because it was in an Owlcrate box where I liked the goodies. Then I read the blurb and realised it was about young me so I read it basically in two days. A sweet feel-good story, great diversity and really just something that can warm you up on a cold winter day.

I’ve also watched a shit ton of series because my bf / who is actually my fiancé but I refuse to call him that heaven knows why/ was so nice to get a Netflix subscription.

American Gods: Great series. One of the best openings I’ve seen, great cast. Made me want to give the book another go, so now I’m listening to it on Audible and I’m enjoying it a great deal.

Twin Peaks S3: My bf is a huge fan so we watched the first two seasons as well, I wasn’t really into the first one, but got sucked in by the second one. I have mixed feelings about the third season although it wasn’t bad.

Master of None S2: We started it as a rebound from Parks and Recreations / one of my favourite series ever, but I have a lot of favs as you can see…/ and I became really fond of it. Loveable characters, great diversity, relatable and funny plot.

Gravity Falls: Oh my, I loved that show. One day I’d like to write a children’s book in this vein.

Dr. Who S10: I loved Bill Potts right away which almost never happened with a new companion. I really liked this season much more than the previous one, my favourite episode might have been Extremis maybe because of the quote I sort of made into my personal motto since then.

Buffy: I loved it to bits and wow. The series has just celebrated its 20th anniversary and it’s as fresh and relevant as ever.

Angel: I really liked in the beginning had a peak at the end of Season 3 that broke my heart and sort of went downhill afterwards.

Riverdale: I binge watched it, but a biiiig let down in the end. Biggest disappointment I think.

Teen Wolf: I like the story line, but mostly in for the shirtless handsome guys / sry not so sry/

Supergirl: Sweet and feel good. The characters I grew to like the most are really not my usual choice / Very often I like the sweet guy or the kind clumsy girl who is just like me/ My favourites are: Miss Grant and Hank Henshaw.

Legends of Tomorrow: Feel good and adventurous and it has Rory!!! Not the Mr. Rory from the show, but Rory from Dr. Who who has now a lame beard and meh, but I like him nonetheless.

Big Mouth: Gross and lot of „boy funny” bits, but I enjoyed it a lot.

Rick and Morty S3: Same thing, it’s typically the stuff I think I don’t like and end up loving it despite my view of myself and my tastes 😀

Bojack Horseman: I hated Bojack in the beginning, but really grew to like the series

Let’s start with the bad news. Well, I still bloody haven’t finished any manuscript and it’s entirely my fault. Obviously. I got closer to finishing a few of them, but sometimes I feel like the graph of the asymptote, forever approaching, but never getting there… 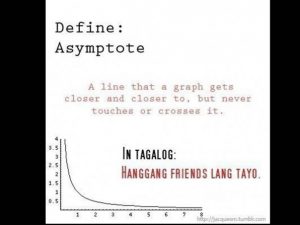 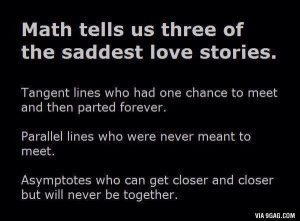 I finished the /Hungarian >> English/ translation of three complete manuscripts this year, which is no small feat.

The Dark Night of my soul /spiritual fantasy: 48.201words

So this means that this year I translated more than 200 000 words. Wow.

I am also working on the translation of a dark fantasy/ horror novel, The Lanky house is dead, the Kickstarter campaign of cultistorm, a cooperative, Lovecraftian board game. I also have the great pleasure of translating Stay with me, the debut novel of my best writer friend, Gabriella Szaszkó. It’s a harrowing and beautiful read, I hope that soon you’ll be able to hold the English version in your hands.

I also translate from English to Hungarian, notably for The Black Aether, a non profit project aiming to popularize Lovecraft’s stories and literature in Hungary.

I’ve mostly translated essays and articles, but my favourite challenges were translating a fragment of Bradbury about Lovecraft and a dark Yule poem written by Lovecraft.

I interviewed 12 Hungarian writers about their projects and art as part of my Dirty Dozen interview series.

I submitted 128 different short stories/poems / both in English and Hungarian/ and had 58 of them published/ accepted in print or online. Not bad!

I became more active on Twitter, participated in a good number of hashtag games #authorconfession #wipjoy #espressoyourself just to mention a few of them and I even ran my own games #aprilwipfolly and #junewipfolly.

It is also here that I met my dear blogger friend /who was also sweet enough to interview me/ and sister-in-Tennant, Roberta from Offbeat YA.

Have a happy and inspiring 2018 and let us hope together that the world becomes a better place. 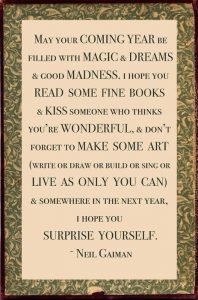