I’ve decided to try to join some bloghops and hashtag events to meet some friendly writers and take better care of my blog. This little excerpt is for Weekend Writing Warriors  from the novel I worked on during Nanowrimo 2014 (the last one I’ve won… *said sigh*) The story is set in Paris, London and Budapest, three cities important for me. This little excerpt is about Mona’s last day in Paris and since yesterday was 14 Juillet, aka Bastille day, I thought a little thought on revolutions and heroic death is a good match.

…In the beginning I thought that the Paris was just like my eponymous aunt, an elderly lady who used to be beautiful 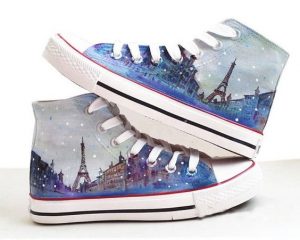 and popular in days long gone, but now her lustre faded and she lived only from the memories of her past success. But people kept their romantic images about her, and that keeps her well-fled and well-clad. I’d thought Paris was overrated. Now, that I had to bid adieu, I knew I would miss her. The bridges on the Seine, the jardins and the air of revolutions nobody else seemed to feel. I’ve always found it weird that in the past people, even teenagers likemyself, fought and died for things they believed in.

Would anybody do that today, now that we are all warm and comfy in our little world? I know I wouldn’t do it. But if you asked me if I had died for liberty, equality and fraternity in 1789 or for freedom in 1848 I would say yes. Death mattered  back then.”

<Excerpt from WIP, Mona, the orphan of Europe>

13 thoughts on “A farewell from Paris #8sunday”