So I’ve been having some difficult and tiring days lately and then I saw that Ryltha (whose work I’ve been admiring from afar) is doing commissions so I was like what the hell, I deserve it.

Lark is the leading male character from my 2014 Nano novel, The orphan of Europe. It’s a coming of age, road trip like story set in a Europe with an alternative history.
Magic is slowly receding from the world, the place of the four ancient gods is taken over by less powerful local spirits. Mona, the princess of the Danubian Monarchy is sent on a diplomatic journey to visit the genii loci of European capitals.
In London she meets Lark, the son of the river god and a mortal woman. He is charming but strange and seems to love London and the Thames more than anything. Theirs is a meeting of two very independent spirits could this become more than a holiday fling?

Fun facts: Lark’s chosen name comes from the word “mudlark” and “lark”
A mudlark is someone who scavenges in river mud for items of value, a term used especially to describe those who scavenged this way in London during the late 18th and 19th centuries.
Lark beside denoting a song bird also means a merry, carefree adventure; frolic; escapade.
When they meet he wears a “The Cat who walked by himself” T-shirt, which he got from his sister, River. For me “The Cat” also represents travelling and independence.

Ryltha was supernice and superquick and this character design really made me happy. You can find her work here and here ( Also, he reminds me a bit of Dean Winchester, which is always a good thing :3)

A guy walked in but I didn’t care to give him a second look, the swamp of grief started to suck me in. The apple juice I was drinking turned sour in my mouth. I needed some fresh air. I stood up too suddenly and bumped into someone. He wore a white T-shirt which smell of lemon and sun.

“Oh, the Cat who walks by himself! I love that story!” I said, recognising the print on the tee.

“Yeah. River got it for me last Christmas. She’s a huge literature nerd. I guess she wanted to make a point with it but I don’t know what exactly. I’m Lark, by the way. Who might you be, lovely lady in purple?”

“I’m Mona. I’m waiting for the board game party to begin. I just need to get out for a second.”

“I’ll come with you. You’re by far the most interesting person in there, also the only one I don’t know.” Ah, so you are with the girls?” I head the disappointment in his voice.

“I was invited to play by Stella. I found the bar accidentally last week. I just wanted to find somewhere quiet. My aunt’s house is a mess sometimes.”

“Where are you from?” he asked, tilting his head a bit.

“All sort of places.”

“Hm, you’re the enigmatic type, aren’t you? Your accent… it’s so strange. It seems familiar but I just can’t put a finger on where it’s from. It sounds a bit all over the place.”

“Okay, mystery woman, where were you born?” 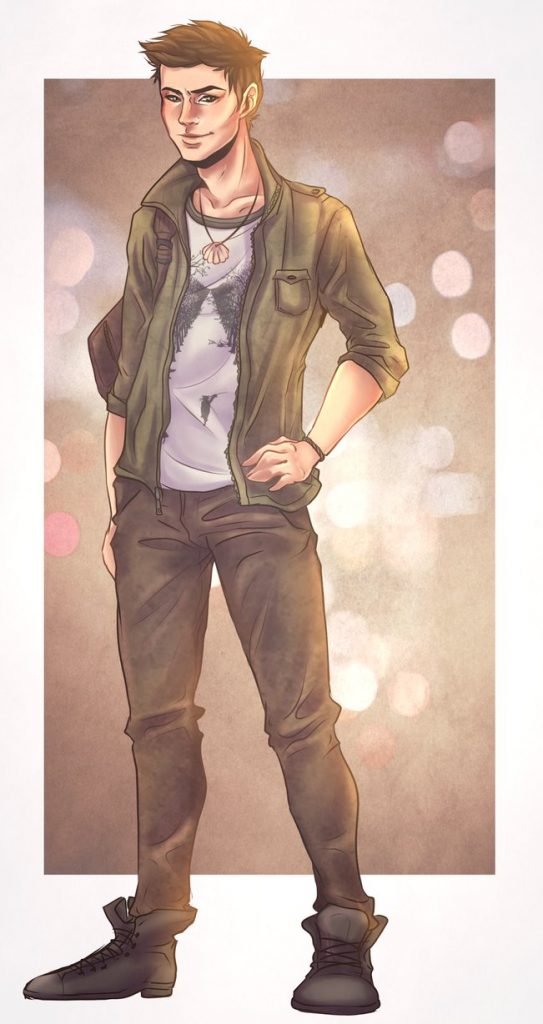 He laughed and poked my arm.

“Okay, okay,” I held up my hands. “You’ve won. I was born I Budapest one of the dual capitals of the Danubian Monarchy.”

“Right. That explains a lot.”

(From my work in progress: The orphan of Europe. You can find its Pinterest board here. )